As in our report on the torture of our friend,

The German publisher Dan Adamescu, who was tortured to death in the Same Torture Center (Rahova Bucharest Prison), now has other victims.

Another friend, a Romanian judge dismissed from office, lost on 08.08.2018, after a long torture, the strength to fight. 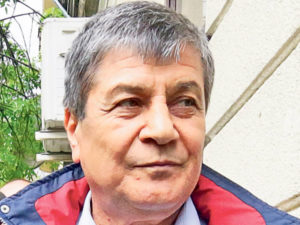 Stan Mustata, like us, and several others, has been illegally arrested for political reasons.

Despite his age and health situation, he was deliberately kept in a humane environment like a mass-beast. Probably even worse.

As already known, employees of the German Embassy in Bucharest have been fully informed by us and others about tolerated torture within the European Union. Also various proofs were presented, nevertheless protect the coworkers of the German authority in our case also in the case Dan Adamescu the Romanian offenders. Nobody is interested in helping with the education. For fear of loss of

We will publish more information about this topic shortly.

Here you can find some information about the murder of Stan Mustata from the Romanian press: